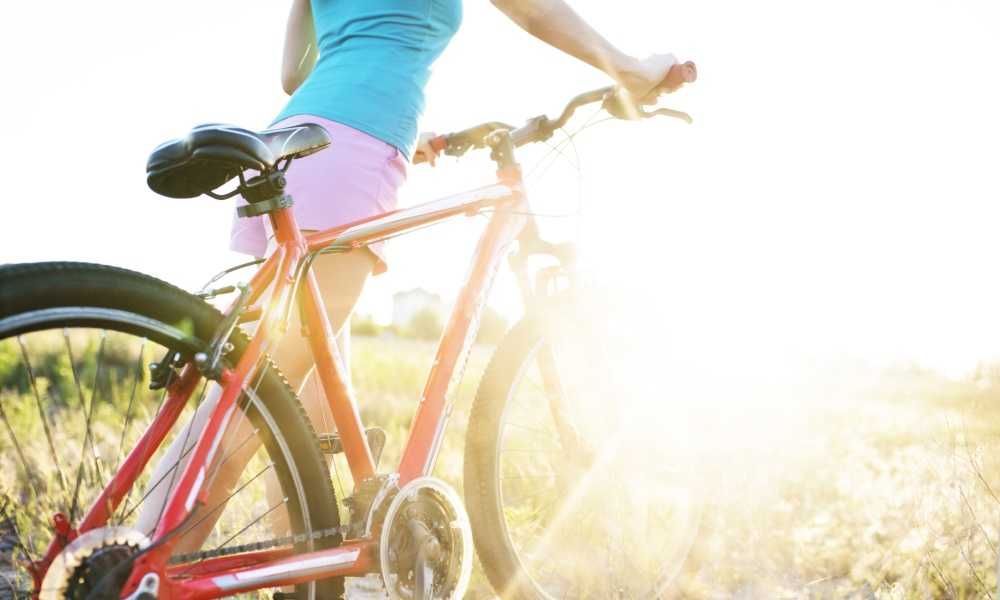 Everyone has their varying opinions concerning bike saddles. Some prefer hard seats to be soft, while others prefer seats with increased ventilation. One thing that all cyclists can agree upon though is they want to be comfortable while they are cycling. That’s especially true if they are biking in marathons or going on extended trips.

Biking is a preferred method of exercise, and there’s always a chance for injury with such an activity, so ensuring that you have a comfortable seat that doesn’t cause strain on your back, neck, shoulders, and backside is a major goal. Can the WTB Speed Comp Saddle meet it?

Quick Navigation
Who Is This Product For?
What’s Included?
Overview of Features
How to Make Your Bike Seat Last?
Alternatives
Conclusion 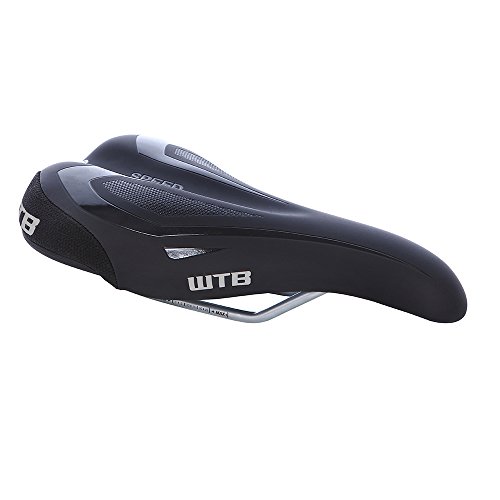 WTB has been creating durable mountain bike equipment since 1982, so they’ve made a name for themselves in the biking industry. Their products are used for a variety of cycling methods, and their products have evolved to meet the standards of cyclists all over the globe.

Their reliable, high-performance products encouraged us to look into the WTB Speed Comp Saddle, which is an upgrade from their original Speed V. We wanted to ensure it’s as tough as it claims to be.

Who Is This Product For?

Bike seats, in general, are very versatile. While some saddles are specifically designed for specific bikes and are designed for either men or women, the Speed isn’t one of them. WTB designed the Speed to be a unisex seat that’s compatible with a variety of mountain bikes.

Testing has shown that the extra cushioning on the Speed does compromise some performance capabilities. Therefore, the saddle is recommended mostly for the beginner, novice, and casual riders whereas racers and experienced riders might need something more efficient.

When you purchase a bike saddle, there’s no need to expect a package full of bits and pieces. WBT made sure of that with their packaging, too.

If you decide to buy the WBT Speed Comp Saddle, you can expect to receive the bike seat itself. It’s important to note that the seat is heavier than some others on the market and weighs in at 362 grams (0.79 pounds.) Also included is some brief documentation to help with installation.

WBT focused on comfort when designing the Speed. There is no cut out, but there is an indentation in the center of the saddle, along with a substantial amount of padding. Those two components combined ensure the right amount of weight would be distributed to your sit bones instead of the soft tissue between them and also relieves pressure from uncomfortable places.

There is also a slight rise at the rear of the saddle. Likewise, it is a relatively flat saddle that has some rounded edges.

The Speed was designed to offer cyclists with a good amount of flexibility during pedaling over the rougher area. If you are a racer or highly experienced cyclist, you might not be happy with a saddle that provides as much cushioning as the Speed does. It does compromise some performance.

WTB also produced their seat to be compatible with mountain bikes, road bikes, recreation bikes, and more. It has steel rails and a synthetic cover over a soft shell, making it highly durable. The dual compound shock absorber is something that many consumers have thoroughly enjoyed, and there are two separate colors that the Speed can be purchased in.

How to Make Your Bike Seat Last?

We also suggest making note that because it has so much padding, it’s not going to stay like that forever. As time goes on, the seat is going to get accustomed to your weight, and the cushioning is going to break down, causing it to compress, lose support, and become flat.

Ensuring that your bike seat lasts a long time isn’t easy since all saddles are different, and there is no specific way to determine if it’s time to change your seat. However, with the WTB Speed Comp, casual riding is the best way to make it last.

Because of the exposed stitching and the high amount of padding that gets compressed, it isn’t going to last as long if you’re spending hours upon hours riding through marathons. As a casual rider, the durability of the seat is going to shine through.

WTB is a fantastic brand that provides durable bike seats. It’s just unfortunate that performance gets compromised with the Speed because of the amount of cushioning present. If you are looking to stick with WTB, the WTB Pure ProGel Saddle is a fantastic alternative. It has all the other great benefits of the Speed but offers slightly less cushioning for higher performance, all at the same price range.

After our review, we can say that there are more pros than cons that come with the WTB Speed Comp Saddle. The price range is decent, the durability is there for the right cyclists, and it’s ergonomically designed. The only thing that we suggest is moving towards the Pure ProGel model in the WTB brand series if you’re looking for a saddle where performance is the number one priority.

Why Are Spinning Bike Seats So Uncomfortable?

Why Are Bike Seats So Hard: Understanding Your Bike Better